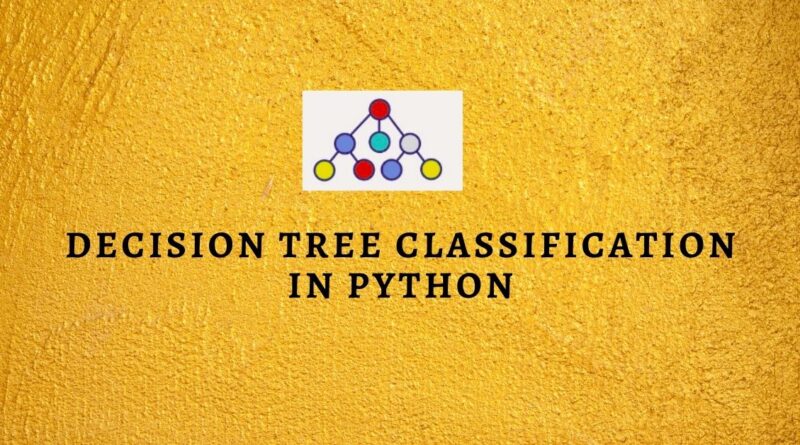 As a marketing manager, you want a set of customers who are most likely to purchase your product. This is how you can save your marketing budget by finding your audience. As a loan manager, you need to identify risky loan applications to achieve a lower loan default rate. This process of classifying customers into a group of potential and non-potential customers or safe or risky loan applications is known as a classification problem. Classification is a two-step process, the learning step, and the prediction step. In the learning step, the model is developed based on given training data. In the prediction step, the model is used to predict the response for given data. Decision Tree is one of the easiest and popular classification algorithms to understand and interpret. It can be used for both classification and regression type of problem.

In this tutorial, you are going to cover the following topics:

For more such tutorials, projects, and courses visit DataCamp

A decision tree is a flowchart-like tree structure where an internal node represents feature(or attribute), the branch represents a decision rule, and each leaf node represents the outcome. The topmost node in a decision tree is known as the root node. It learns to partition on the basis of the attribute value. It partitions the tree in a recursive manner called recursive partitioning. This flowchart-like structure helps you in decision making. It’s visualization like a flowchart diagram which easily mimics the human-level thinking. That is why decision trees are easy to understand and interpret.

Decision Tree is a white box type of ML algorithm. It shares internal decision-making logic, which is not available in the black box type of algorithms such as Neural Network. Its training time is faster compared to the neural network algorithm. The time complexity of decision trees is a function of the number of records and the number of attributes in the given data. The decision tree is a distribution-free or non-parametric method, which does not depend upon probability distribution assumptions. Decision trees can handle high dimensional data with good accuracy.

How does the Decision Tree algorithm work?

The basic idea behind any decision tree algorithm is as follows:

Attribute selection measure is a heuristic for selecting the splitting criterion that partition data into the best possible manner. It is also known as splitting rules because it helps us to determine breakpoints for tuples on a given node. ASM provides a rank to each feature(or attribute) by explaining the given dataset. The best score attribute will be selected as a splitting attribute. in the case of the continuous-valued attribute, split points for branches also need to define. The most popular selection measures are Information Gain, Gain Ratio, and Gini Index.

Where Pi is the probability that an arbitrary tuple in D belongs to class Ci.

Attribute A with the highest information gain, Gain(A), is chosen as the splitting attribute at node N.

C4.5, an improvement of ID3, uses an extension to information gain known as the gain ratio. The gain ratio handles the issue of bias by normalizing the information gain using Split Info. Java implementation of the C4.5 algorithm is known as J48, which is available in the WEKA data mining tool.

The gain ratio can be defined as

The attribute with the highest gain ratio is chosen as the splitting attribute.

Where pi is the probability that a tuple in D belongs to class Ci.

The Gini Index considers a binary split for each attribute. you can compute a weighted sum of the impurity of each partition. If a binary split on an attribute A partitions data D into D1 and D2, the Gini index of D is:

The attribute with the minimum Gini index is chosen as the splitting attribute.

Here, you need to divide given columns into two types of variables dependent(or target variable) and independent variable(or feature variables).

Let’s estimate, how accurately the classifier or model can predict the type of cultivars.

Accuracy can be computed by comparing actual test set values and predicted values.

Well, you got a classification rate of 67.53%, considered as good accuracy. You can improve this accuracy by tuning the parameters in the Decision Tree Algorithm.

You can use Scikit-learn’s export_graphviz function to display the tree within a Jupyter notebook. For plotting trees, you also need to install graphviz and pydotplus.

In the decision tree chart, each internal node has the decision rule that splits the data. Gini referred to the Gini ratio, which measures the impurity of the node. you can say a node is pure when all of its records belong to the same class, such nodes known as the leaf node.

Here, the resultant tree is unpruned. This unpruned tree is unexplainable and not easy to understand. In the next section, let’s optimize it by pruning.

In Scikit-learn, optimization of decision tree classifier performed by only pre-pruning. maximum depth of the tree can be used as a control variable for pre-pruning. In the following example, you can plot a decision tree on the same data with max_depth=3. Other than pre-pruning parameters, You can also try other attribute selection measure such as entropy.

Well, the classification rate increased to 77.05%, which is better accuracy than the previous model.

This pruned model is less complex, explainable, and easy to understand than the previous decision tree model plot.

Hopefully, you can now utilize the Decision tree algorithm to analyze your own datasets. Thanks for reading this tutorial! 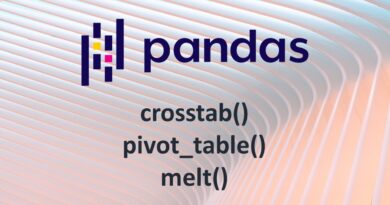 Working with crosstab, pivot_tables, and melt functions in Pandas 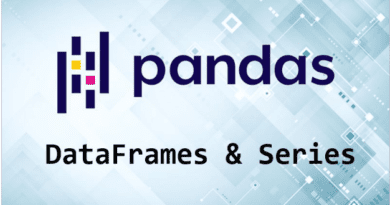