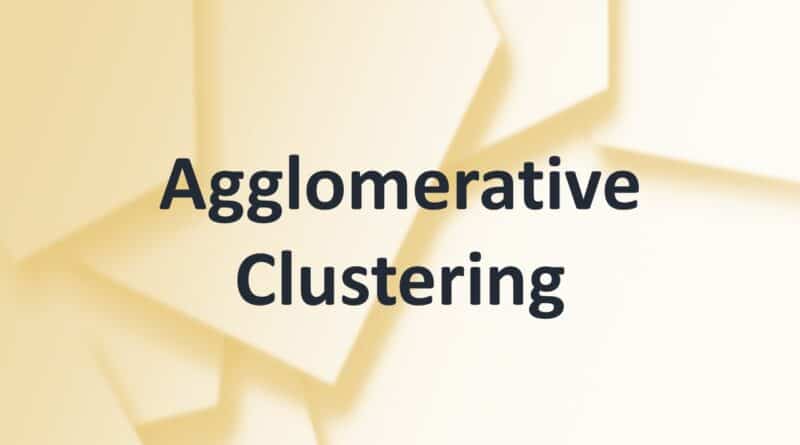 There are various different methods of Cluster Analysis, of which the Hierarchical Method is one of the most commonly used. In this method, the algorithm builds a hierarchy of clusters, where the data is organized in a hierarchical tree, as shown in the figure below:

In Agglomerative Clustering, initially, each object/data is treated as a single entity or cluster. The algorithm then agglomerates pairs of data successively, i.e., it calculates the distance of each cluster with every other cluster. Two clusters with the shortest distance (i.e., those which are closest) merge and create a newly formed cluster which again participates in the same process. The algorithm keeps on merging the closer objects or clusters until the termination condition is met. This results in a tree-like representation of the data objects – dendrogram.

In the above dendrogram, we have 14 data points in separate clusters. In the dendrogram, the height at which two data points or clusters are agglomerated represents the distance between those two clusters in the data space.

The first step in agglomerative clustering is the calculation of distances between data points or clusters. Let’s look at some commonly used distance metrics:

It is the shortest distance between two points. In n-dimensional space:

The linkage creation step in Agglomerative clustering is where the distance between clusters is calculated. So basically, a linkage is a measure of dissimilarity between the clusters. There are several methods of linkage creation. Some of them are:

Let’s take a look at an example of Agglomerative Clustering in Python. The function AgglomerativeClustering() is present in Python’s sklearn library.

Let’s view the dendrogram for this data. The python code to do so is:

In this code, Average linkage is used. The dendrogram is:

Agglomerative Clustering function can be imported from the sklearn library of python. Looking at three colors in the above dendrogram, we can estimate that the optimal number of clusters for the given data = 3. Let’s create an Agglomerative clustering model using the given function by having parameters as:

The labels_ property of the model returns the cluster labels, as:

The labels for the above data are:

To visualize the clusters in the above data, we can plot a scatter plot as:

Visualization for the data and clusters is:

The above figure clearly shows the three clusters and the data points which are classified into those clusters. 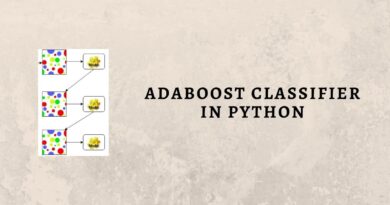 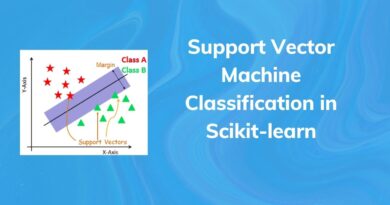