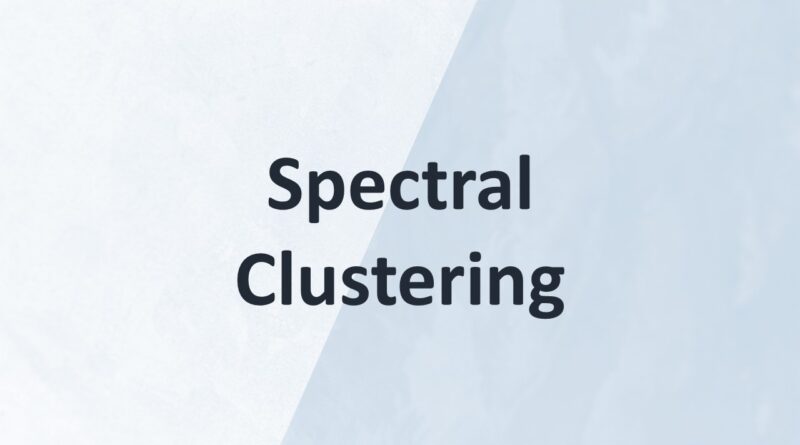 Spectral Clustering is gaining a lot of popularity in recent times, owing to its simple implementation and the fact that in a lot of cases it performs better than the traditional clustering algorithms.

The data points are treated as nodes that are connected in a graph-like data structure. Thus, the Cluster Analysis problem is transformed into a graph-partitioning problem. Hence, the problem is to identify the community of nodes based on connected edges, i.e., these connected communities of nodes is mapped such they form clusters. Special matrices such as Adjacency Matrix, Degree Matrix, Laplacian Matrix, etc. are derived from the data set or corresponding graph. Spectral Clustering then uses the information from the eigenvalues (the spectrum) of these special matrices.

Spectral Clustering is fast, efficient, and can also be applied to non-graphical data.

Eigenvalues are important to understand the concept of Spectral Clustering. Consider a matrix A. If there exist a non-zero vector x and a scalar value λ such that Ax = λx, then λ is said to be the eigenvalue of A for the corresponding eigenvector x.

Adjacency matrix (A) is used for the representation of a graph. Data points can be represented in form of a matrix where the row and column indices represent the nodes, and the values in the matrix represent the presence or absence of edge(s) between the nodes.

Affinity Matrix is similar to an Adjacency Matrix. The values for a pair of points represent their affinity to each other, i.e., whether they are identical (value=1) or dissimilar (value=0).

Degree Matrix (D) is a diagonal matrix where the value at diagonal entry (i,i) is the degree of node i. The degree of a node is the number of edges connect to it.

Laplacian Matrix (L) is obtained by subtracting the Adjacency Matrix from the Degree Matrix (L = D – A). Eigenvalues of L, attribute to the properties leveraged by Spectral Clustering. The purpose of calculating the Graph Laplacian is to find eigenvalues and eigenvectors for it. This is then used to project the data points into a low-dimensional space.

In this case, the three lowest eigenvalue-eigenvector pair of the Laplacian correspond to different clusters.

The way the Spectral Clustering algorithm works is:

Let’s take a look at an example of Spectral Clustering in Python. The function SpectralClustering() is present in Python’s sklearn library.

Here, we are creating data with points distributed in two concentric circles. The function used to create these data points is the make_circles() function. The parameters for this function for our data are – 1000 sample data points, factor=0.5, and noise=0.06 as defined in the code.

We can visualize these data points using matplotlib, as:

If we used the kMeans algorithm on this data, it would not segregate the clusters in the way we want. Let’s look at the clusters formed with kMeans, then we will compare it with Spectral Clustering.

The plot using kMeans is:

Now let’s apply the Spectral Clustering algorithm to the above data points. The python code to do so is:

Here, for the algorithm, we have specified the number of clusters = 2.

Let’s visualize how the points are classified in the clusters:

The scatter plot with Spectral Clustering is:

We can see that the algorithm has identified the clusters. 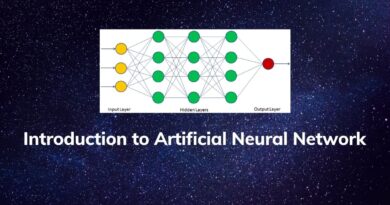 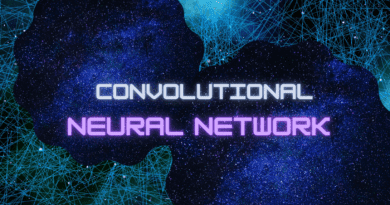 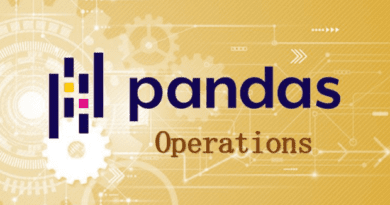